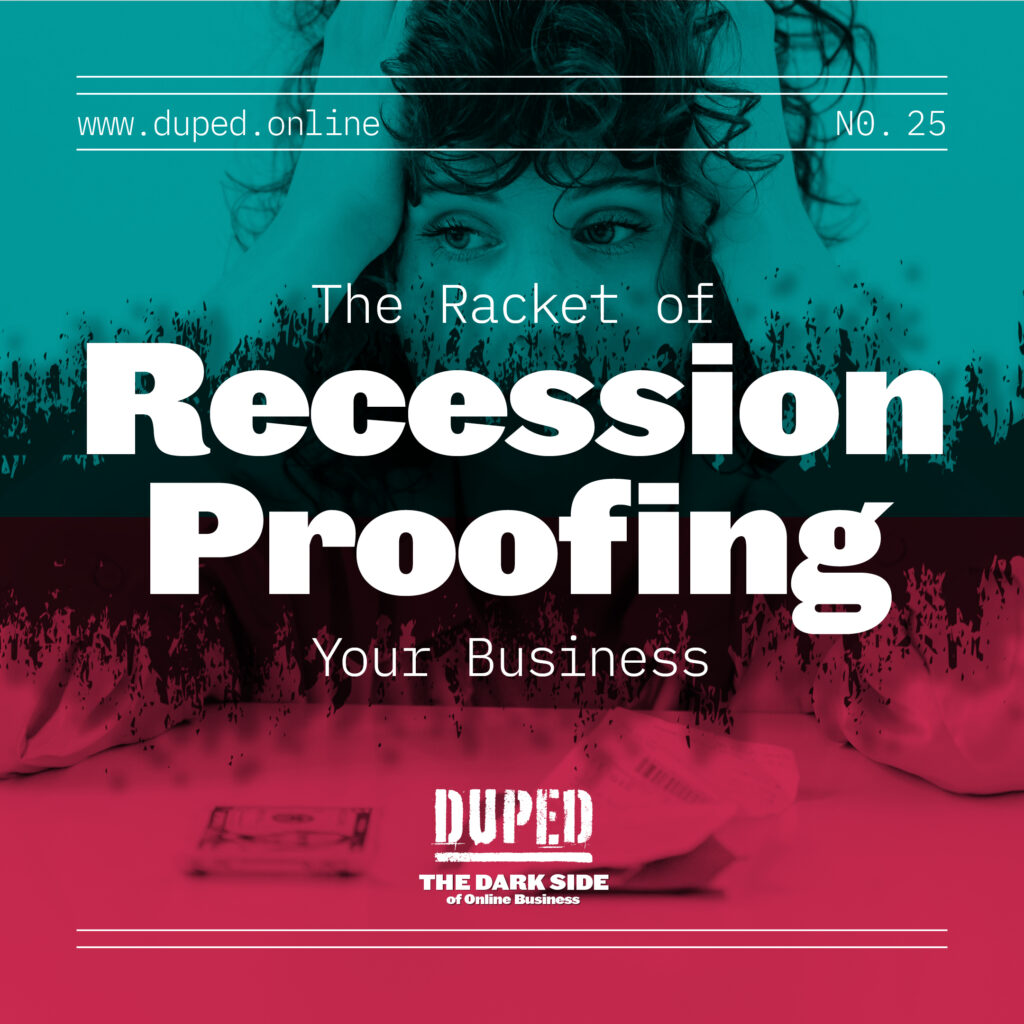 The Racket of Recession Proofing Your Business

This is a special episode of Duped. We were ready to go with season four, and then life happened. We’ll be back with a fresh new season in early 2023.

In this special episode, we look at the impending recession, and how celebrity entrepreneurs are now using that to mess with us and try to get our money.

Over the summer we were thinking about how much talking about cults and scammers has become part of a wider pop culture phenomenon over the last two years. The sheer number of podcasts and docuseries tells you what you need to know.

And that’s why this season we’re tackling common online business-specific scams that you need to know about. We’re talking about everything from the mythical 7-figure business to fake experts to manifestation.

In this episode, we want to address something that’s becoming more and more common as we march toward a recession:

The idea is that we can recession-proof our business and that these celeb entrepreneurs have some magic solution.

We started noticing it popping up in the spring, and now it’s everywhere. In August Maggie did an episode on her show about the recession, and now we see the things she talked about constantly. But before we get into the scammy part of it, let’s talk about the reality of where we’re at right now.

What’s Reality? Are We in a Recession?

You know here on Duped we like to deal in facts. So we wanted to start with the actual state of things at the time of producing this episode in the Fall of 2022.

The answer is that it depends. By the technical definition which is two consecutive quarters of negative gross domestic product (GDP), the United States and many other countries are actually in a recession.

Whether we are or aren’t yet, doesn’t really matter, because we’re all feeling the impact of rapidly rising inflation, high-interest rates and more. People are feeling the burden of the steep increase in the cost of living.

So much so that it’s been termed the “cost of living crisis” and while it impacts everyone, it disproportionately impacts the lower and middle class, especially those on a fixed income. A report from the World Economic Forum said that 71 million people worldwide could be pushed into poverty because of this crisis.

So the reality is that people are stretched thin, and that’s why this promise of a business is the solution to your problems is so concerning.

The Hype: A Business is THE Path to Financial Freedom

Starting a business has long been hyped up as the path to financial freedom, and that’s not stopping because of a recession. And what’s problematic here is what happens to our brains when we’re stressed out about money and how this is being taken advantage of by these coaches and celeb entrepreneurs.

An article in Scientific American explored the link between income levels and the ability to make sound decisions and found a “causal link between lower household income cognitive performance.”  The groups performed the same with smaller financial decisions, but bigger ones “maxed out their mental reserves”.

A 2017 study by Friedman, Homma and Bloem et al., studied the impact of acute stress on our ability to do a cost-benefit analysis, and found that when we’re subject to chronic stress, we make “aberrant choices and high-risk behaviors occur”.

When you look at this from the point of view that most people are under financial stress you can easily see how people are much more vulnerable to the big promises of what running a business can do for you.

The other part of this is that those who already run a business may find that things are slow, or that they’re not working the same way they used to. This is to be expected, especially if you work in an industry where consumer spending has slowed.

Again, if the business isn’t going to plan and you’re struggling, you’re going to be stressed out, Particularly as you need to make money to live, and the cost of living is that much higher.

It’s important to note that so many of the promises of online business and the magical money you’re going to make are not new. They’ve just been giving a fresh new spin to our recessionary times.

The one we’ve seen a lot of is this idea that you can “make money no matter what”, and that what in that sentence is code for a recession. This message is asserting that if you invest in their program or offer, they’ve got the magical secret to help you make more money than you ever dreamed, recession be damned.

Talk about something we need to debunk. Wonder if they have a crystal ball and know exactly what’s going to happen? The claim of “no matter what” is so over the top and is complete bullshit. They can’t promise “no matter what”. They don’t know what the no matter what of our life is. Is investing $10k in your program going to save me money on my electricity bill? We don’t think so.

This brings us to the one we’ve been seeing all the time. We’re sure some of you know what we’re going to say here as Maggie’s been ranting about it for months.

The idea is that you can “recession-proof” your business.

According to Investopedia, recession proof is “a term used to describe an asset, company, industry or other entity that is believed to be economically resistant to the effects of a recession.”
For these coaches and clowns in the online business world, this is a bold claim. Because what they’re saying is the same “make money, it’s so easy” message as always, but they’re claiming that they have the secret formula to help you ensure your business is thriving despite macroeconomic conditions.

One last thing on the recession-proof claim we want to add is that even if they were around in 2008, this recession will not be the same. That one was a full-scale once-in-a-lifetime level meltdown, while this one is driven by very different factors.

Beware Anyone Using the Recession to Sell You The Dream

That’s why we all need to proceed with caution and beware of this scammy behavior. You may not see it as a scam per se, but believe us when we tell you it is.

Even if they’re not intentionally setting out to screw you over, these web celebs are doing what they’ve always done. They want access to your wallet and they want your money.

It just feels extra brutal to have our anxieties and fears weaponized against us.

Honestly? How they’re doing this is psychological warfare designed to break down your objections so you buy.

Here’s what you should watch for:

Links for this Episode 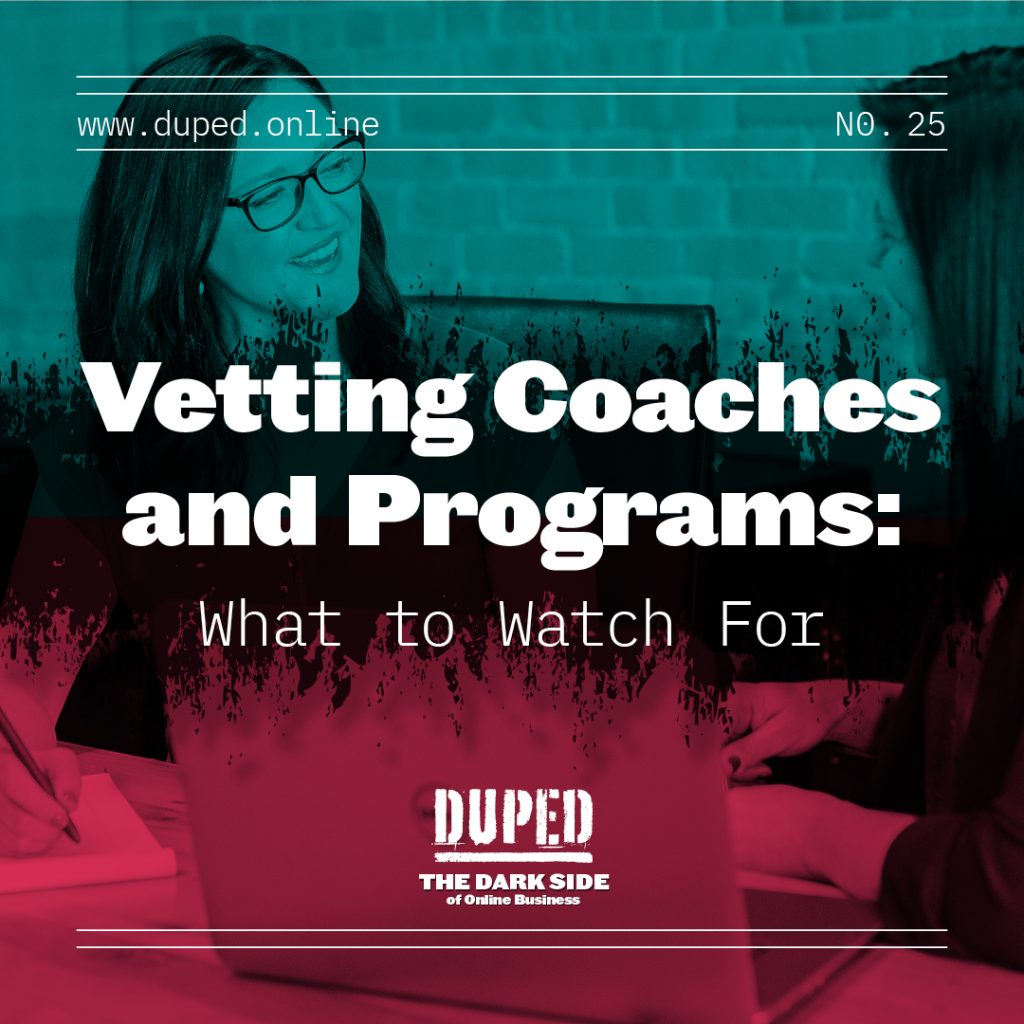 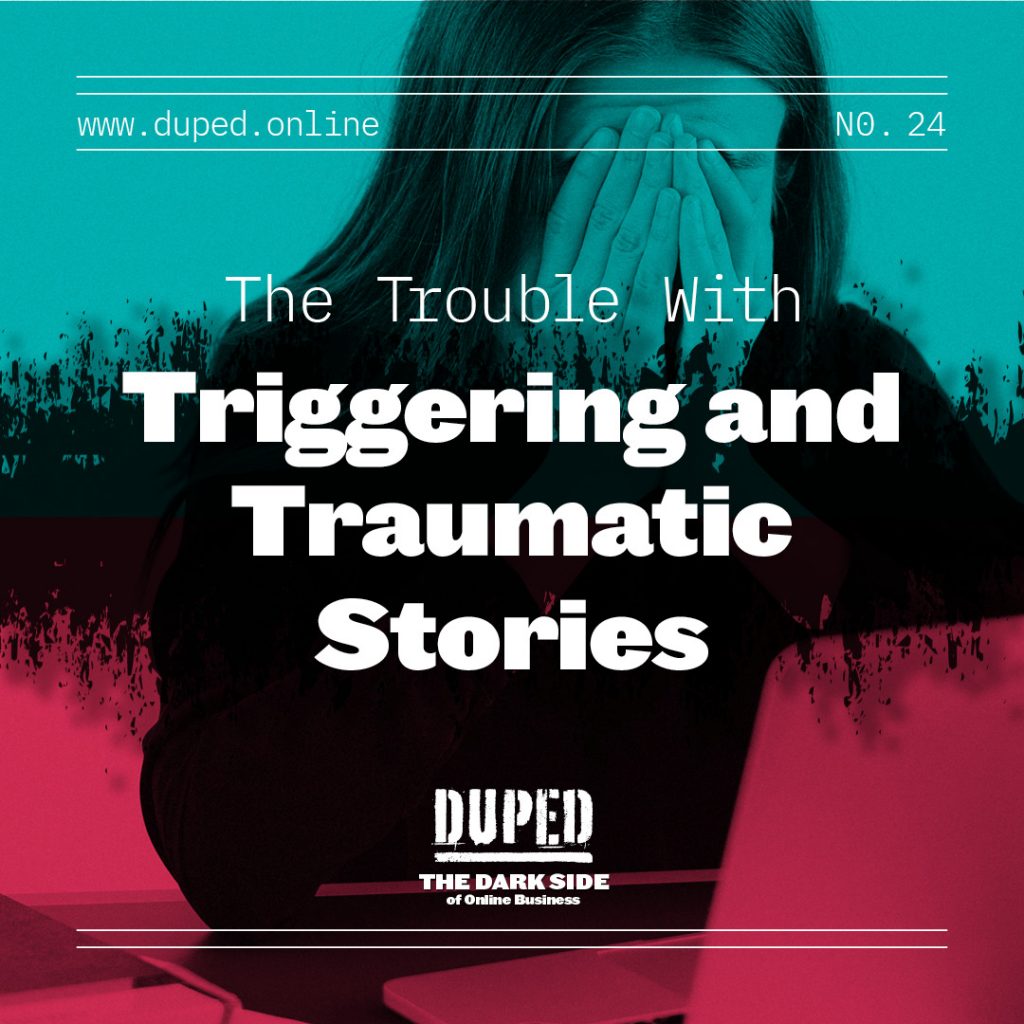 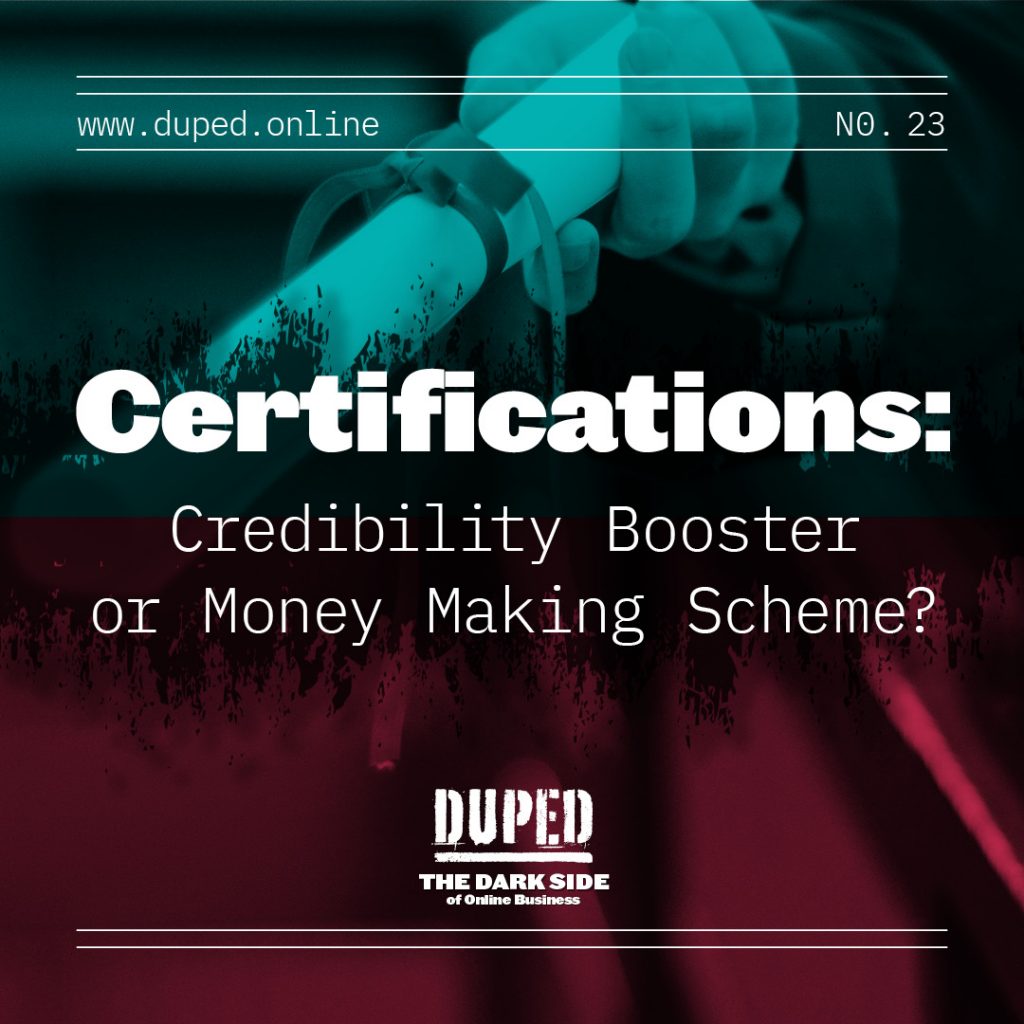 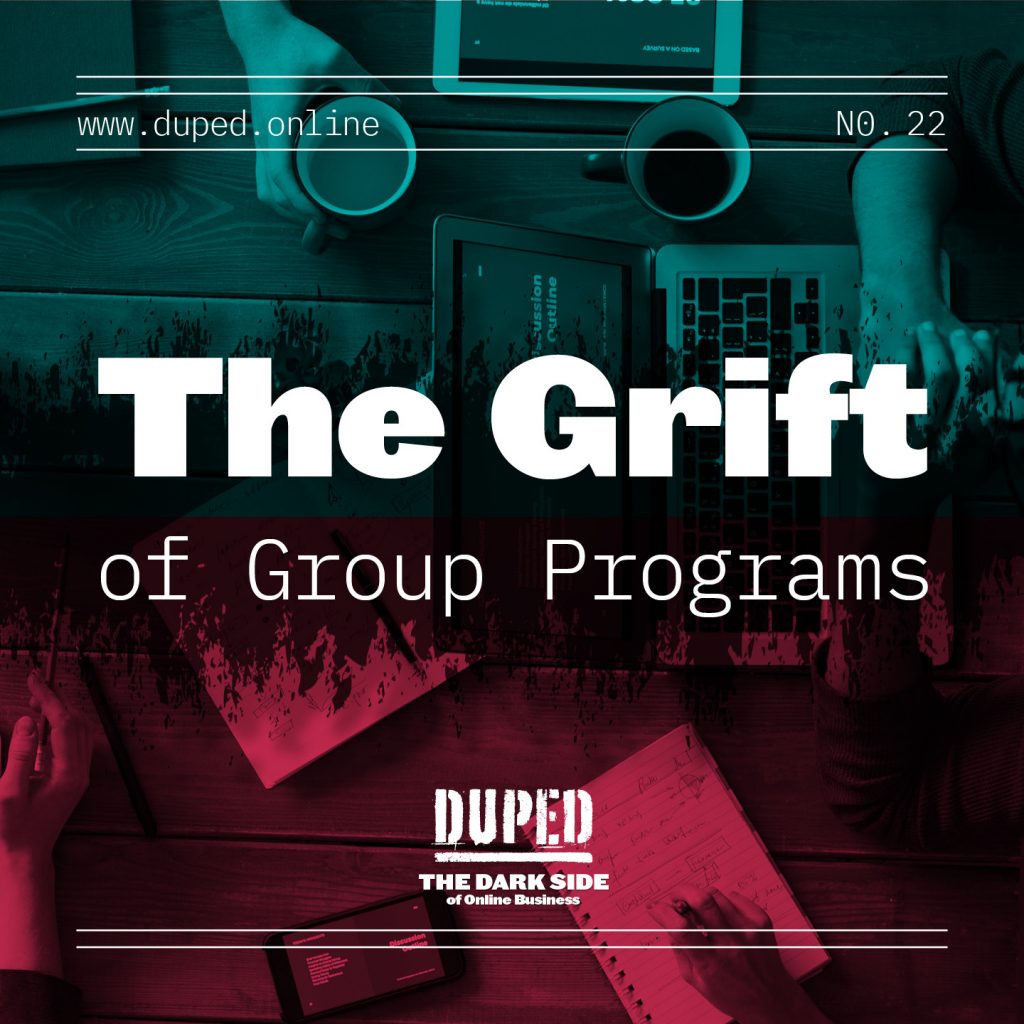 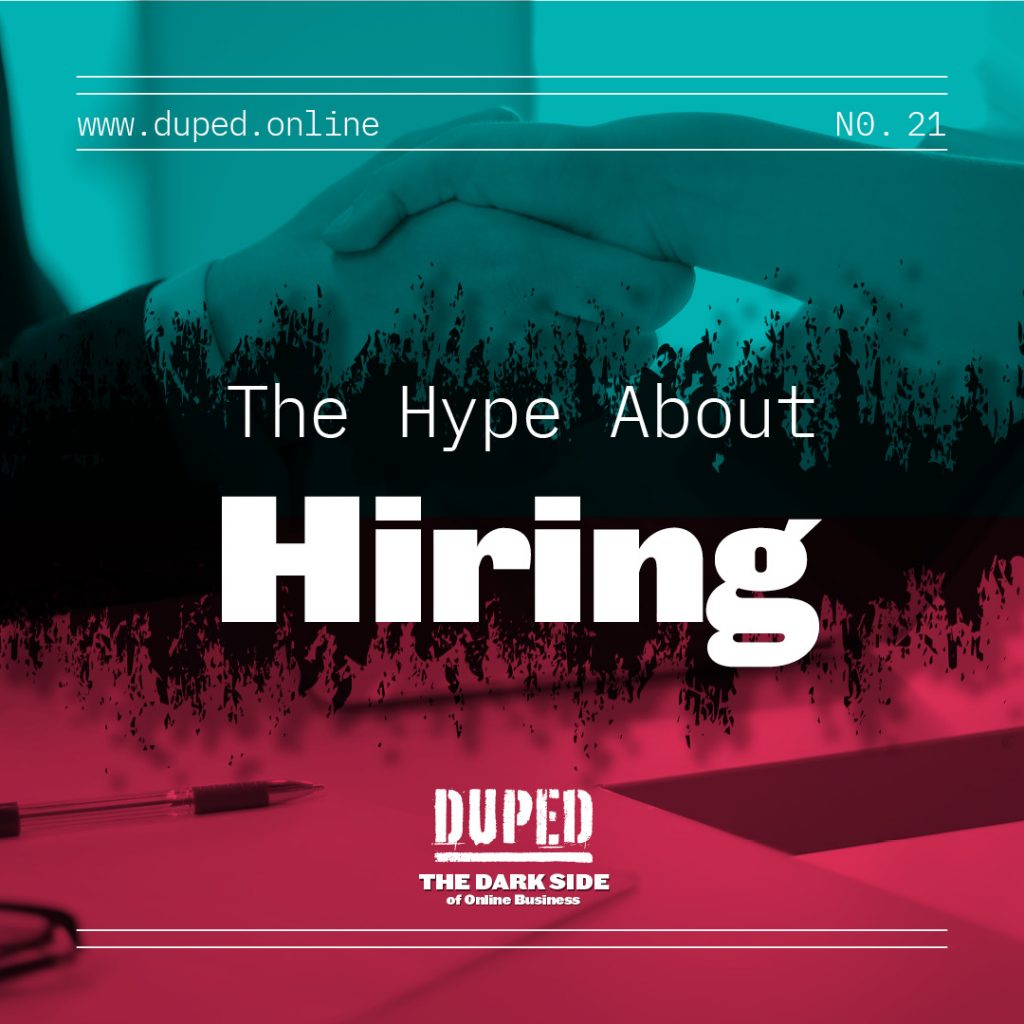 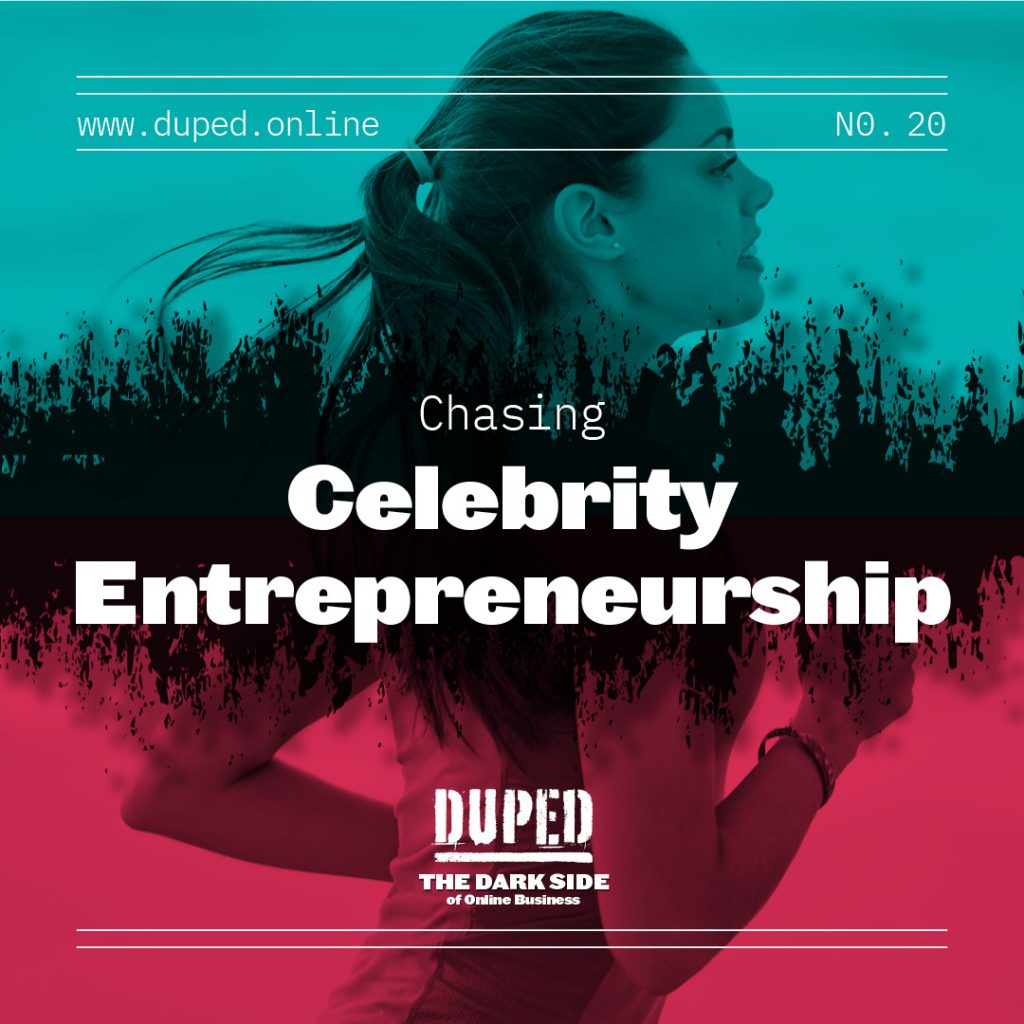 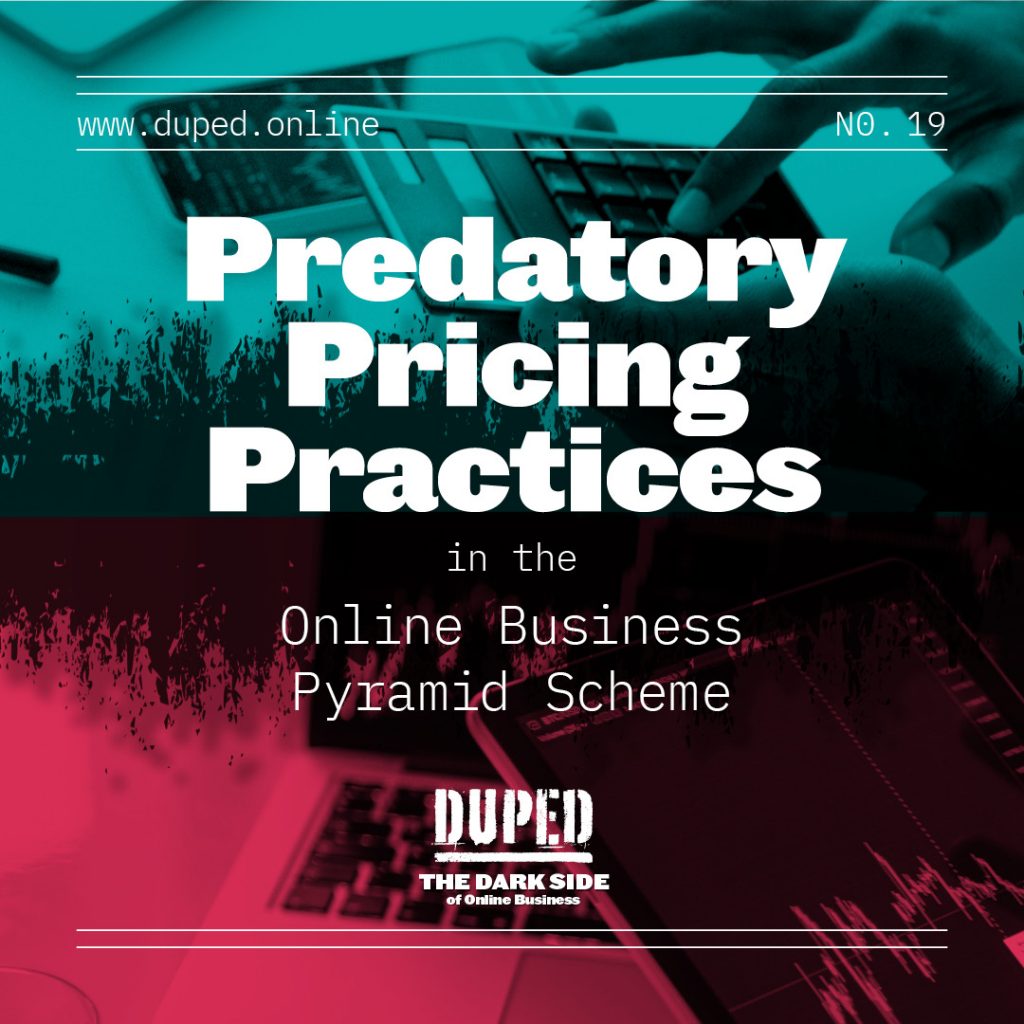 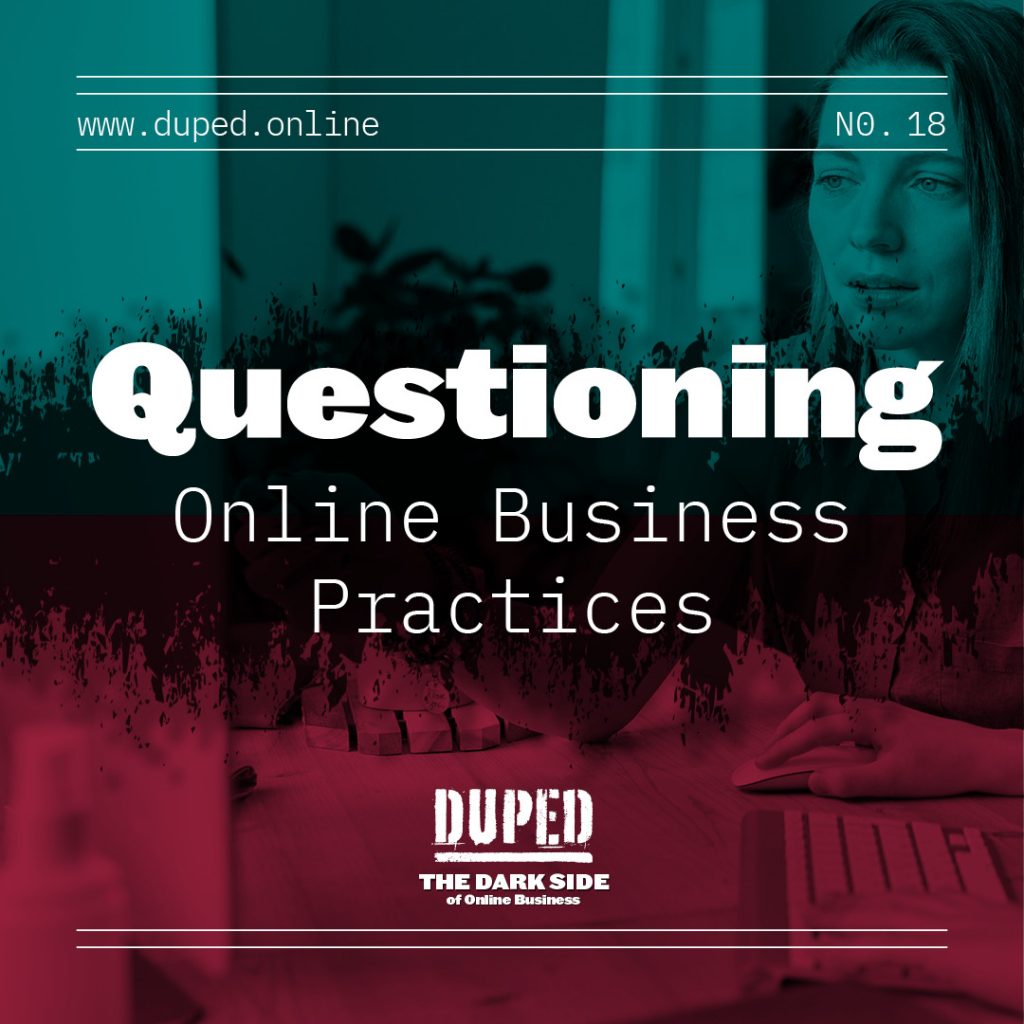 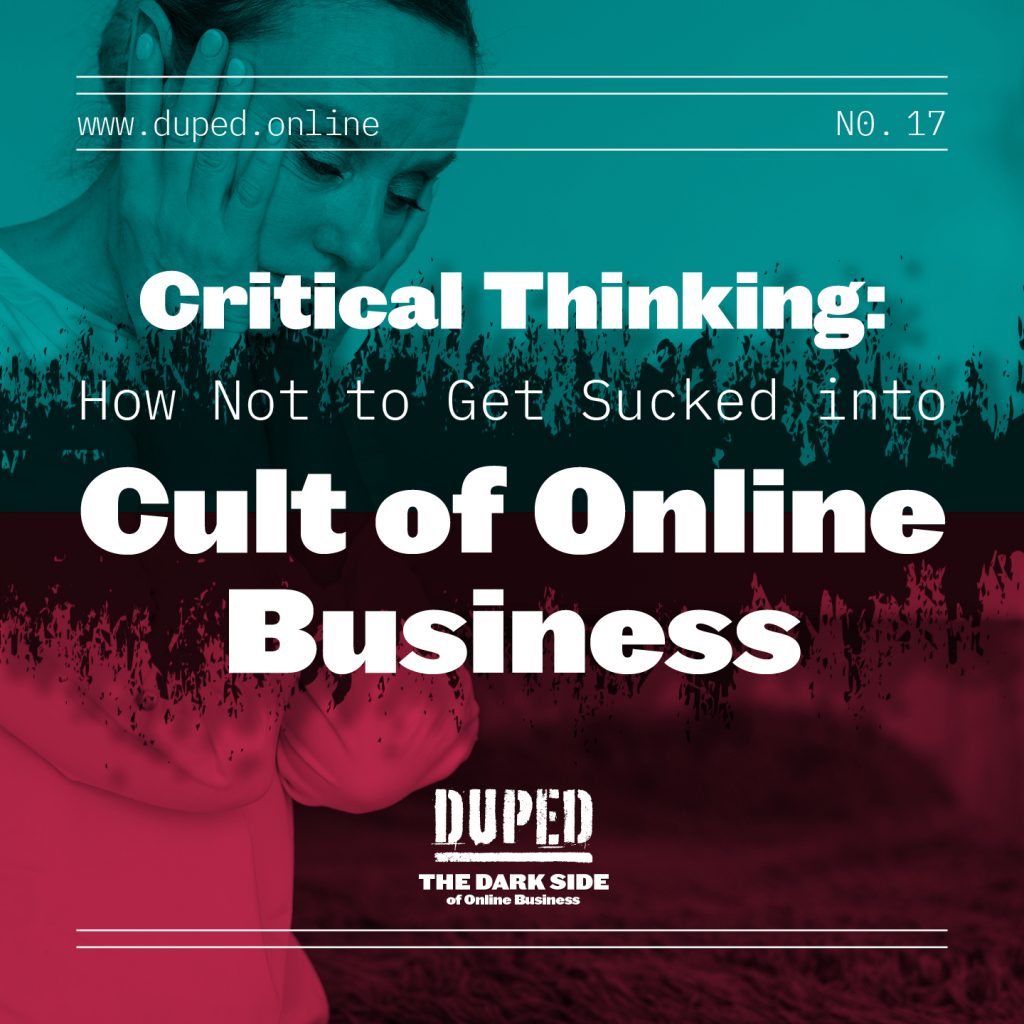